Onychomycosis: A Medical or Cosmetic Condition? 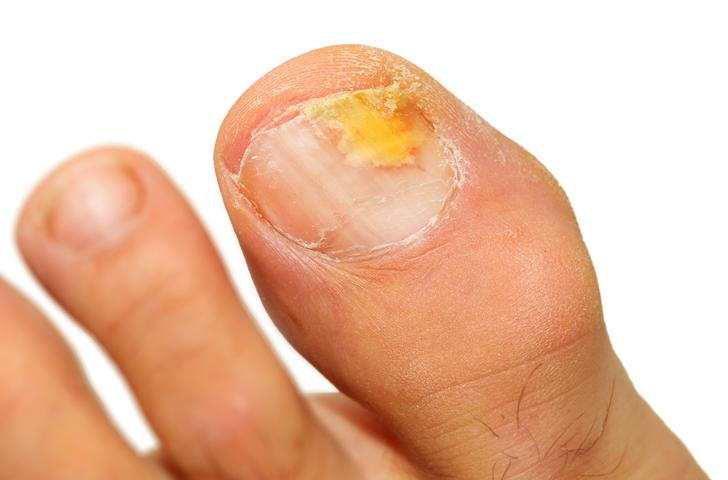 Onychomycosis is known today as a major cosmetic concern. It is rarely seen for patients with nail fungus to have any pain—although quite often, these same patients will present themselves to a clinic with the concern of an unpleasant looking, discoloured and thickened nail; or they are just merely concerned that the fungus might spread.

Be that as it may, what kind of negative outcome can nail fungus have on someone’s overall health? Even though onychomycosis by definition is some type of an infection, clinical studies show no serious detrimental effects caused by this condition. Yet, for many years, there have only been limited success rates on treating nail fungus with conceivably toxic and harmful oral medications.

In the immense majority of cases studied, toenail fungus proves to be cosmetic. What happens if onychomycosis is left alone and goes untreated? Simple—the nail becomes worse. The development of lysis comes into place and the nail becomes bulky and crumbly with slightly more discolouration. It is really up to them if people want to move on through life with a discoloured or thickened nail. Help and treatments are always available for those who want to have a clear nail.

In the interim of the primary consultation for onychomycosis, the condition is usually broken down by type and severity of fungus. In addition, the condition is categorized into three levels—mild, moderate or severe—in order to simplify it. Most of the time, a superficial white onychomycosis is included in a mild nail fungus, but this should not be confused with nail dehydration. An ordinary nail fungus may occupy at least 20% of the nail and is usually thicker and discoloured with a noticeable presence of minimal lysis and subungual debris. On the other hand, patients that reveal a rather severe nail fungus have 60 to 100% involvement of nail that extends to the matrix, malodor, lysis, and subungual debris.

A nail polish holiday is usually performed as a treatment protocol for mild nail fungus until such time that the condition has cleared; followed by topical antifungal medication—efinaconazole, ciclopirox, or other antifungals. Mild Onychomycosis may go away with these kinds of treatments. If the problem persists, laser treatment may be recommended. Avoid nail salons during these treatments.

A treatment program is often utilized for moderate and severe nail involvement. This program involves everything that has been discussed for mild nail fungus treatment with the addition of a home program, oral medication, and/or lasers.