Texting While Walking â€“ Donâ€™t Do It! 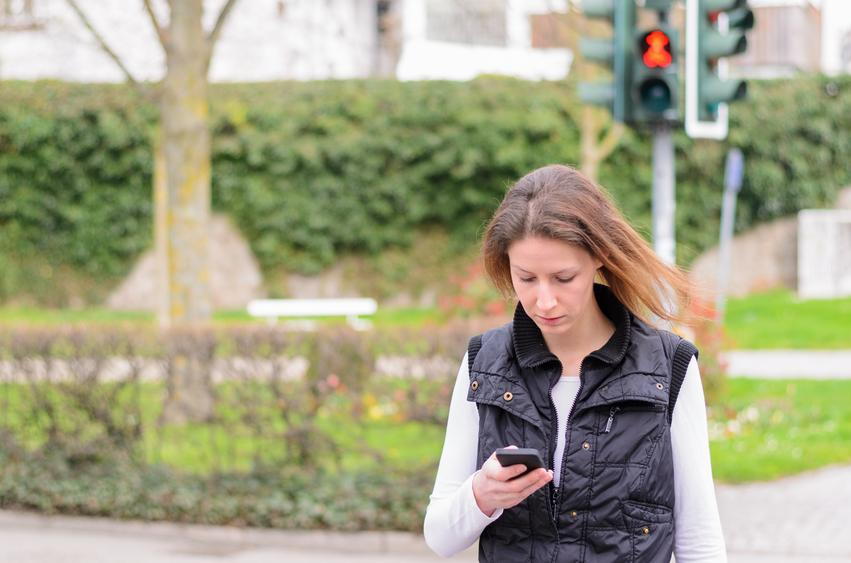 Texting while walking is a common thing that people do on a daily basis. There have been several online videos or memes of people falling and tripping while attempting to text, email, or talk on the phone while walking. As funny as some of those videos and memes are, people do not fully understand the implications that texting while walking can bring.

A 2013 study found that the number of pedestrian emergency department visits for injuries related to cell phones have tripled from 2004 to 2010. Texting while walking surprisingly accounted for 9% of those injuries. When the iPhone was introduced in 2007, the percentage increased.

Another recent study reported that 28% of 2000 US adults admitted to using a smartphone for texting or other non-voice tasks while walking, and 85% attested to seeing others doing so. 40% had witnessed a distracted walking incident that lead to an injury, while 26% had been involved in such incidents. This study shows that distraction alone can account for certain injuries related to texting while walking, but mobile multitasking can also influence one’s gait – it can even have long-term effects.

Another  study made in Texas found that people who text and walk take longer time to reach to their destinations. When a person is using his or cell phone while walking, the tendency is for that person to have slower walking speeds as well as shorter step lengths. The same thing can be said  of people who are going up or down a flight of stairs – it takes a longer time to navigate the steps. The study also found that those who text and walk adopt a ‘protective’ gait pattern alteration to minimize the risk of potential accidents.

In order to avoid any phone-related accidents or injuries, it is still better to not text while walking, especially outdoors. If our sight and attention are split among several tasks, we also increase the risk of being in accident. If you are going to use your phone, it is best to stop walking and do what you have to do. Doing two things at once is not really the best idea in this case.