I just came back from the north American Masters basketball championships in Buffalo where I, along with my team, played four basketball games in 36 hours.

Before I go on, allow me to clarify a few things.

First of all, when I say I led the team, what I really mean is that I sent them directions to the gym in Buffalo where the games were being held, so that they could find the place.

And when I refer to us as elite basketball players, I mean elite compared to most men in their late 50s and early 60s. I consider anybody who continues to play the game competitively at this age to be elite.

I also do not wish to imply that we won the championship. We actually lost a close, hard-fought semifinal game on Sunday to a great team from Indianapolis ("Nap Town" - apparently it is always siesta time in Indianapolis). Some might argue the game was stolen from us by the referees.

OK, we lost the game by 40 points but the refereeing wasn't perfect.
Personally, I think we were emotionally drained by the by our victory on Saturday afternoon, against a tough team from New York, which catapulted us into the playoffs.

We actually did quite well considering that this is the first time we played together. I think that if we can stay together for another 10 years, we will be unstoppable.

Special thanks to Peter Durham, Noella and the rest of Peter's excellent staff for putting on such a great tournament year after year. As always, the free pizza and wings on Friday night were outstanding.

Also, thanks to my team mates Demo, Trevor, Steve, Jim, the two Brians, and twins Tony and Joe, whom I still cannot tell apart, for allowing me to play with them.
Oh, in case you were wondering about the weather in Buffalo:
It was rainin' threes all weekend.
photos:
1)Action shot of me about to perform a devastating, death-defying, Phi Slamma Jamma monster dunk as teammate Demo looks on in horror. Seconds later the game had to be stopped  to allow the maintenance lady  to replace the shattered backboard.
2) Team Footcare.net : Back Row: Big Brian (a petite 6' 8" and 265 lbs - yet surprisingly agile), twin Tony (or is he Joe?), Demo (the Greek god of basketball), Medium Brian (he is only 6'4" and 235 lbs of solid, raging muscle), twin Joe (or is he Tony?) and Trevor ("Mr. T").
Front row: your friendly neighborhood Toronto podiatrist holding the biscuit, Jim ("Mr. Versatility") and Steve ("Mr. Clutch"). 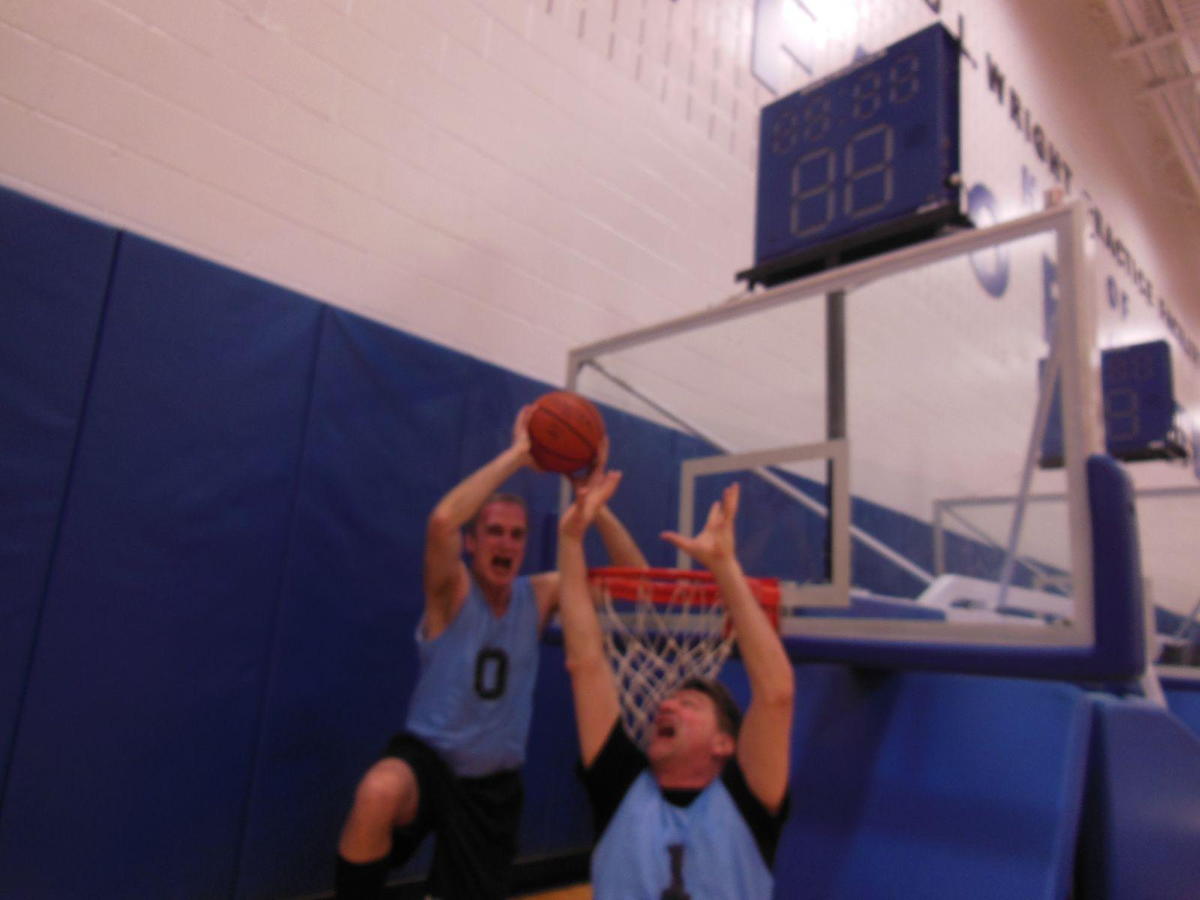 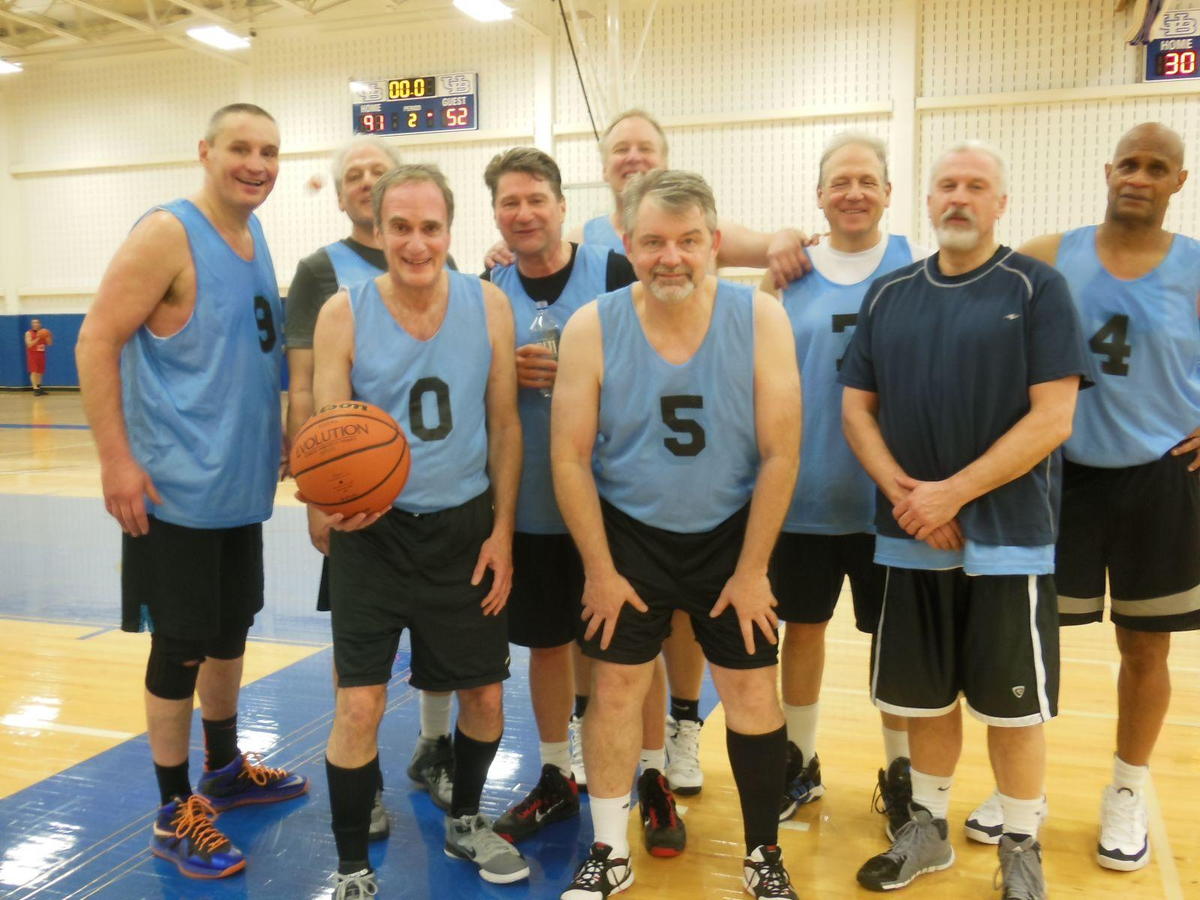