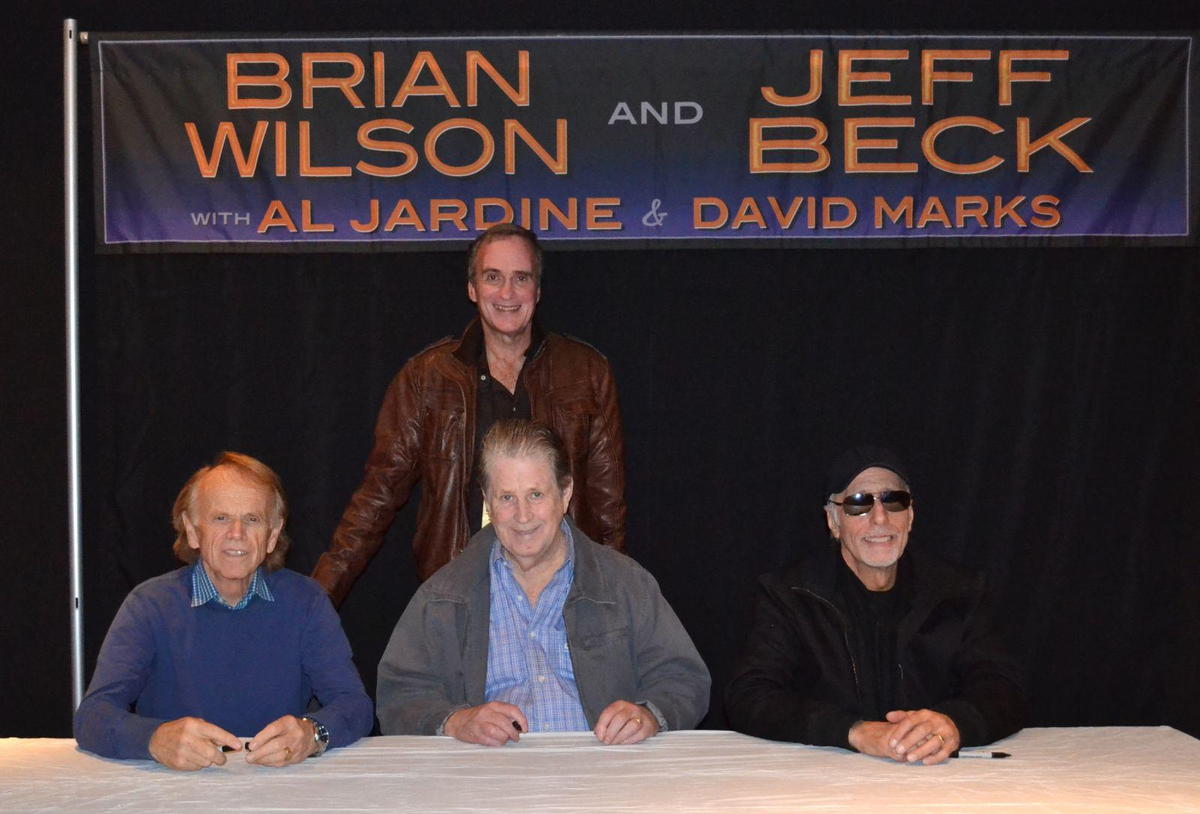 Well, if he did, he didn't say anything to me about it when I met him this past November.The occasion was The Brian Wilson's Band's concert in Toronto at the Sony Center. His band included original Beach Boys Al Jardine and David Marks. As a bonus, Jeff Beck, the great guitarist, appeared on the same show.I have always been a huge fan of Brian Wilson and the Beach Boys and have seen them several times over the years. I took my young son to see the Beach Boys 50th anniversary concert a few summers ago. It featured original Beach boys Brian Wilson, Al Jardine, Mike Love, David Marks, as well as Bruce Johntson who joined the band in 1965 replacing Glen Campbell. The show featured all the old hits, songs from the new Beach boys album, including "That's Why God Made the Radio", As well as tributes to Brian's late brothers, Dennis and Carl. We had a great time.Shortly after that tour, cousin Mike Love, who owns the Beach boys name, inexplicably fired Brian, Al and David. Mike continued to tour with Bruce Johnston and a backup band as the Beach Boys. I saw them play for free at the CNE this summer. It was like seeing a Beach Boy's cover band. Without Brian Wilson, it just isn't the Beach boys.When I heard that Brian was coming back to Toronto along with Al Jardine and David Marx, I immediately got tickets because I knew it would be a great show. I went with my friend, Chuck, and we attended a meet and greet before the show. That is where this picture was taken. I also had the original Beach Boys sign my "Pet Sounds" album and a pick guard which I will attach to a guitar, one of these days, and display it.As far as me becoming the new Beach boys drummer, I think I would be a good choice, because, even though I'm not very talented, I would show up for work every day, not do drugs, and take care of any foot problems that the band members may have, such as bunions, hammertoes, bone spurs, ingrown toenails, and heel spur pain due to plantar fasciitis. Of course, I would treat these problems with minimally invasive foot surgery techniques, shockwave, and laser.In the meantime, if any of them do suffer from painful foot problems, I hope they will call me in my Toronto Podiatry office at 416-486-9917. And if you or any of your friends or family have similar problems you are welcome to come to see me too.