On Saturday, January 11, I returned to Toronto from New Orleans where I was attending a foot surgery conference held  by the Academy of Ambulatory Foot and Ankle Surgery.

In addition to listening to several very interesting lectures on minimally invasive foot surgery, I had the opportunity to give a lecture on how to perform the modified Wilson osteotomy for the correction of bunions in the office. I was honoured to have in attendance, some of the best podiatrists, foot specialists and foot surgeons from the United States, Spain, Latin America, and one orthopedic foot surgeon from the Toronto area.

I explained how bunions can be treated surgically through very small openings in the skin, thanks to specialized instruments developed by podiatrists. Because the openings are small, there is much less soft tissue trauma which usually results in less postoperative pain and swelling. Patients are able to walk immediately and, in most cases, are able to get back to their normal activities quicker. The procedure can be performed under local anesthetic, in an office, so expensive hospital stays are not necessary. 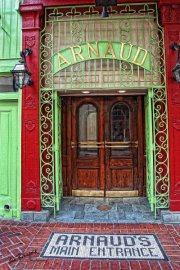 I listened to some very interesting lectures on the treatment of hammertoes, bone spurs, laser treatment for toenail fungus, and the treatment of diabetic neuropathy with a Vitamin B complex called Benfotiamine.

On Saturday, January 11, I demonstrated minimally invasive surgical techniques in the Louisiana State University medical lab, as a clinical instructor, to the attendees. I also picked up a few surgical tips from my colleagues.

On Wednesday night I attended the Board of Trustees meeting of the Academy of Ambulatory Foot and Ankle Surgery. After the meeting, I attempted to go for a walk in the French quarter of New Orleans. I made it as far as the drugstore, where I bought some toothpaste, but I had to turn around because it was just too cold to walk. Apparently the Arctic Vortex did not spare Louisiana. 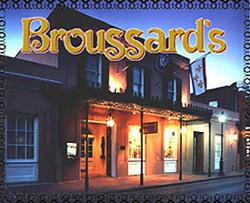 I spent the entire Thursday and Friday in lectures. On Thursday night I went with some colleagues from the United States and Spain to a restaurant called Broussards. The halibut was delicious. On Friday night we went to Arnaud's restaurant. Not only were the chicken soup, the fish and dessert excellent, they also had a very nice jazz trio. That sums up the entertainment for the weekend since we had to get up early each morning for lectures.

On Saturday afternoon, after the lab, the Toronto orthopedic foot surgeon and I waited outside for 10 minutes for the taxi to take us to the airport. It was 70° and sunny. Too bad I couldn't stay a little longer.

As usual, my  trip to New Orleans was fun and educational. But next time i might stay until Sunday.