Well, what did you expect me to talk to a beautiful 23-year-old woman about, Rob Ford?

The occasion was the Mark Knowles Celebrity Invitational Tennis Tournament which took place November 22-23, 2013 at the Atlantis resort on Paradise Island, Bahamas. The tournament raises money for local charities and features a pro-am contest followed by a display of skills put on by the tennis professionals. 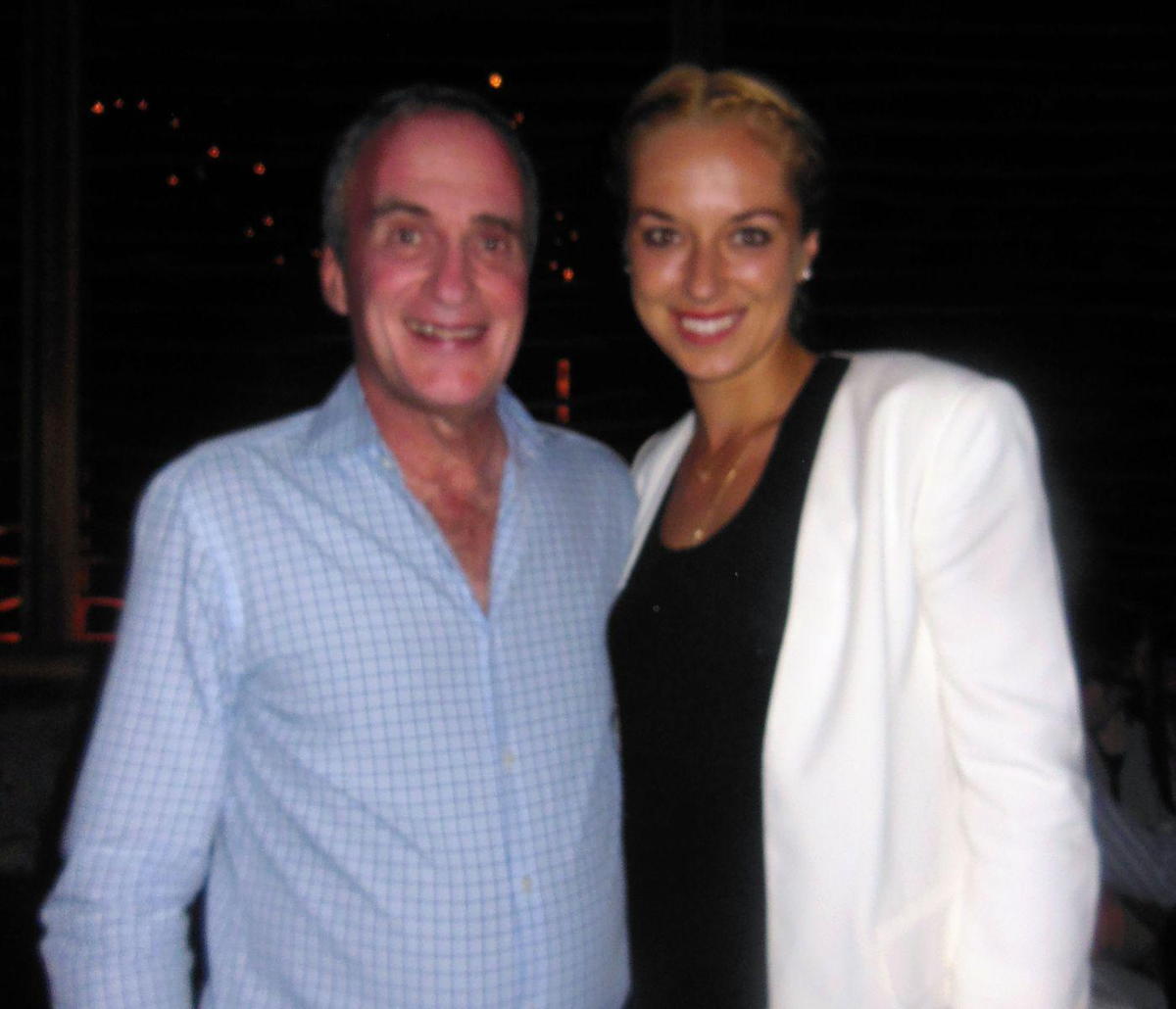 I did not enter the Pro-Am tournament because I wanted to give someone else chance to win. The good news is that my brother, Miles, teamed up with Mark Knowles to win the tournament.

Sabine told me that she previously suffered from ankle pain due to an injured ligament earlier in her career, which was successfully treated with rest.

Jesse told me that he currently suffers Heel Spur Pain due to Plantar Fasciitis. The plantar fascia is a broad ligament that supports the arch and runs from the heel to the toes. The ligament can become irritated from overuse and lack of support. Some people will have heel spurs associated with plantar fasciitis, but it is usually the irritated plantar fascia that causes the pain, not the heel spur. Most people will experience pain with the first few steps in the morning and following the rest. Jesse told me that he does indeed experience pain in his heel when he gets out of bed in the morning.

Treatment for heel pain due to plantar fasciitis (or heel spurs) usually involves wearing Orthotics to improve the mechanics of the foot and relieve the strain on the plantar fascia. It is often also necessary to relieve the inflammation in order to get rid of the pain.

I told Jesse that, in addition to making orthotics for him, I would be happy to give him soundwave treatments, which do not have the side effects of cortisone and anti-inflammatory pills. In some cases, I combine Laser Pain Treatments with a low energy soundwave called pressure wave or radial wave. In other situations I use a high energy soundwave called Extracorporeal Shock Wave Therapy for Heel Spur Pain, or Arch Pain from Plantar Fasciitis.

If you suffer from painful heel spurs or plantar fasciitis, please call my podiatry office at 416-486-9917 for a private consultation so I can help get rid of your foot pain.

Getting back to my vacation,I did manage to hit some tennis balls with Leo, the tennis pro at the Ocean Club. It made me wish I had more time for tennis. At this time, I am playing basketball twice a week. Pick up ball monday nights and Scarborough Masters' League on Wednesday night.

Getting back to Sabine, as tough as she is on the court, that is how nice she is off the court.