I have never been totally convinced that Elvis is dead.

My grade 7 teacher, Mr. Gordon, at Ledbury Junior High, taught us never to believe anything that you hear and only half of what you see. Since I never saw the body, I never totally bought into the story of Elvis' untimely death. One theory, according to the movie "Bubba-Ho-Tep", starring the great thespian Bruce Campbell, Elvis dropped out of sight and was living in a nursing home with a bad hip.

After a tough week of fixing Bunions with Minimally Invasive Surgery with Local Anesthetic and treating people with Heel Spur Pain, and Plantar Fasciitis, in my Toronto podiatry Office,I decided to put down my instruments and drive to Collingwood Ontario to attend the annual Collingwood Elvis Festival. I would evaluate various Elvis tribute artists and keep my eyes open in case the real Elvis was somewhere in the crowd, checking out the action. 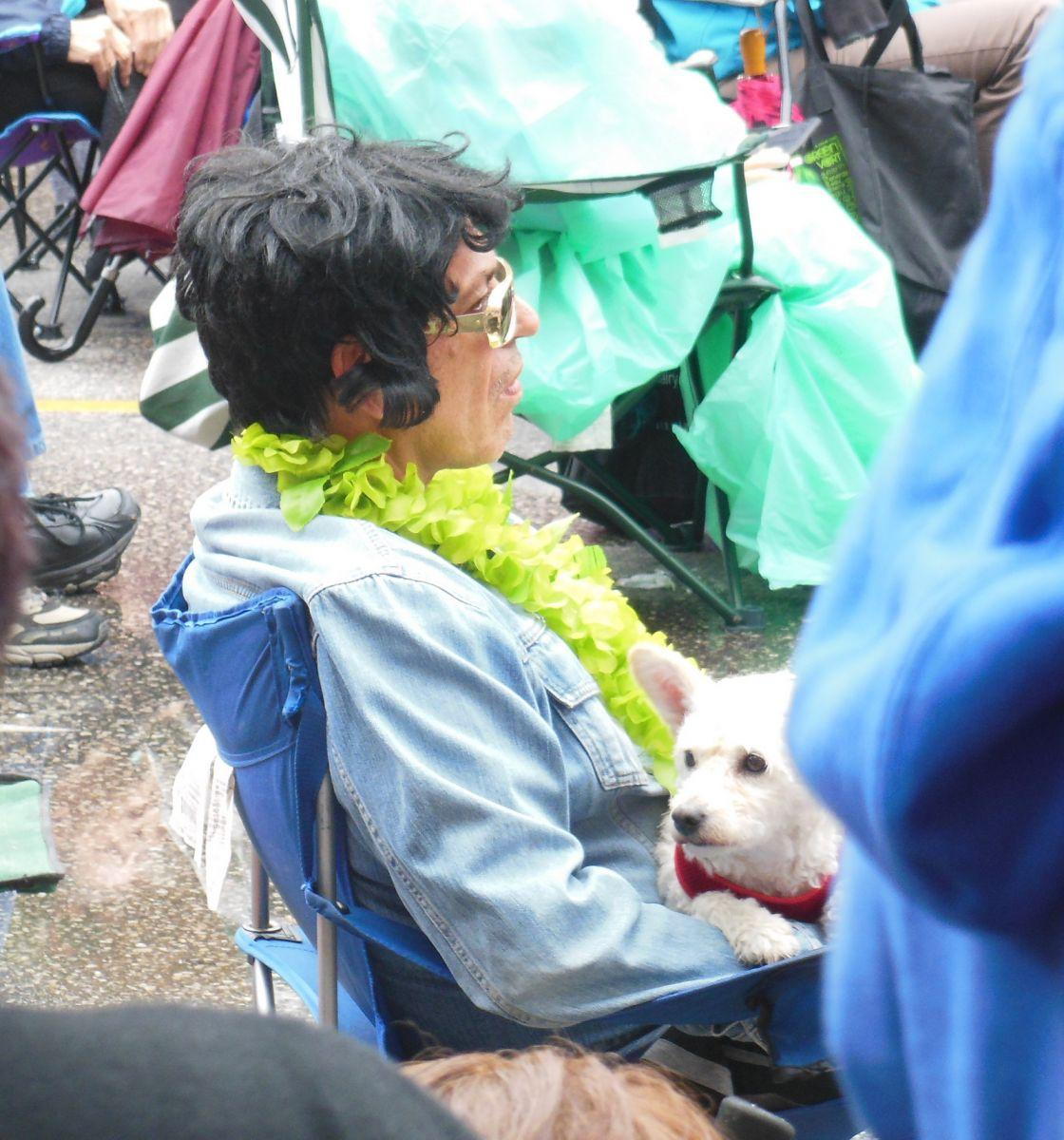 There was one tribute artist, by the name of Shawn Klush, who came the closest to sounding like Elvis and copying is his moves. However, the next day I saw him loading up his Kia minivan. I knew then that there was no way he was the real Elvis since Elvis would never drive a minivan. Maybe a Cadillac Escalade.

There were, however, a number of people in the audience who looked like they could, in fact, be the real Elvis. There was one gentleman whom I strongly suspect was Elvis incognito. I was going to say hello to the king but I decided not to blow his cover. I snapped the attached photo of him, and his four legged companion.