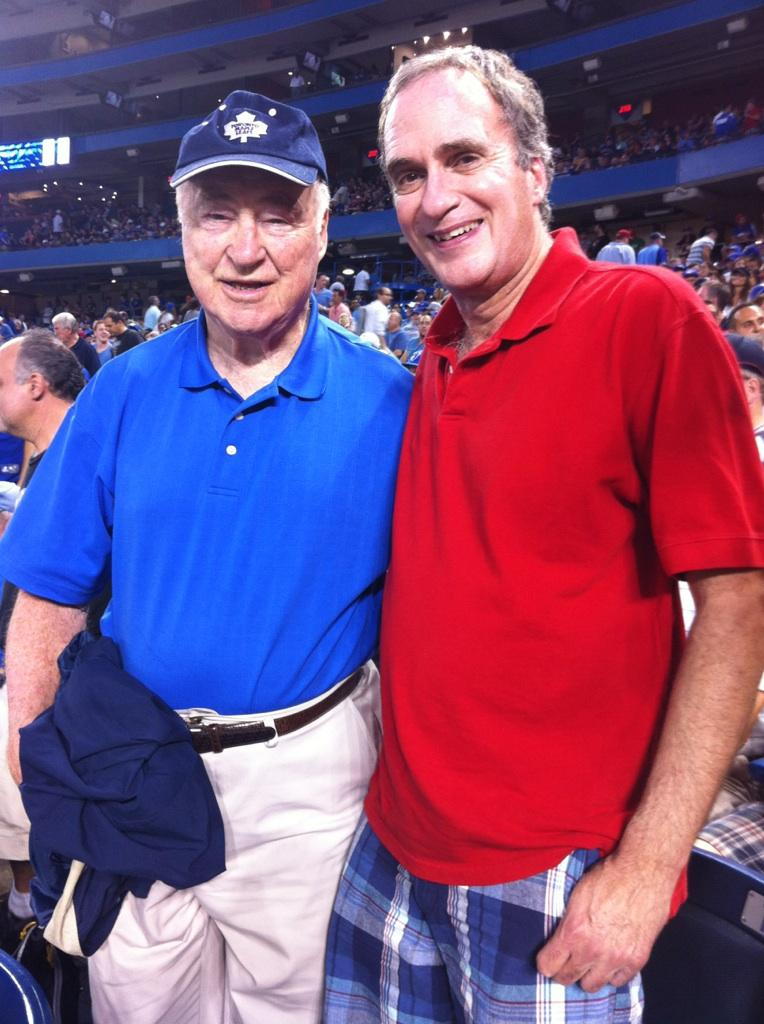 On the evening of July 6, 2013 I went to the SkyDome to see the Blue Jays play the Minnesota Twins.

It has been a disappointing season for Blue Jays fans, but tonight, in addition to watching the Blue Jays win, (for a change), I ran into one of my childhood heroes.

As I was walking up the stairs, to get an ice cream, I said hello to Shelly, a friend of mine who sits a few rows behind me. He was sitting with an older gentleman who looked vaguely familiar to me, but I could not place him.

As I was walking back to my seat, I noticed his hat and immediately realized who he was. I said hello to him, told him how much I admired him, and he was kind enough to let me take a picture with him.

Do you recognize him? I'll give you a few hints:

He played on two different NHL teams, and according to Wikipedia, played on 8 Stanley Cup winners during his NHL career  which began in 1947 and ended in 1967.

He played defence and centre.

Toronto hockey fans of a certain age (of which I am one) love him.

If you don't know the answer yet, ask your dad.

The first person to leave the  right answer in "comments" below and email me with the answer will get a consultation with me at no charge for herself or himself or a friend or family member, but you must comment and email me.

neNext time I will ask