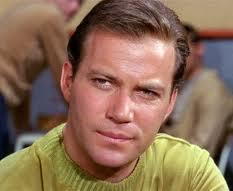 My favourite television show, as a boy, was Star Trek, the original series.  It featured the adventures of Captain James T. Kirk, played by my favourite actor, Canadian, William Shatner, as he visited strange new worlds on board the Starship  Enterprise.

One of his trusty companions was helmsman Sulu, played by George Takei.

It turns out that, in real life, George had bunion surgery years ago, and it was unsuccessful.

Although there can be no guarantees with any foot surgery, one of the keys to successful bunion surgery is to adequately treat the problem in the first place.  It is not enough to just remove the bump.  The first metatarsal, which sits behind the great toe, must be made as straight as possible during the surgery, or the deformity may reoccur.  Podiatrists do this by performing what is called an osteotomy.  An osteotomy is when we cut through a bone to make it straighter,  in this case, the first metatarsal.  If this is not performed, in most cases, the deformity is destined to come back.

Postoperative orthotics can help to improve the mechanics following surgery but will not be enough if the deformity is not treated adequately in the first place.

In my Toronto podiatry office, I perform osteotomies for bunions, painlessly with local anesthetic.  I then keep the foot taped for six weeks to reduce the possibility of a loss of correction.

If you suffer from bunions, make sure the foot surgeon plans to do an adequate bunion procedure.  You should ask him or her if and how they plan to improve the position of the first metatarsal.  In most cases, removing the bump and releasing soft tissue contractures is not enough.  The bone must be made straighter. 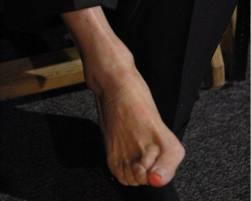 If you, a friend or a relative suffer from bunions please call my foot clinic at 416-486-9917 to make an appointment for a private consultation where I will evaluate your bunion and tell you what is involved and the best way of treating it.

Don’t end up like Mr. Sulu with feet that are Lost in Space.