On August 10, 2012, Mark Teixeira, the New York Yankees first base man, was kind enough to visit the children at the Miles and Kelly Nadal Youth Centre at the Toronto Kiwanis Boys and Girls Club on Spruce Street in Toronto. Mark talked about the charitable work he does for inner city youth in New York and gave encouragement to the inner city Toronto kids. It was very generous of Mark, taking time out from his busy schedule on a game day as the Yankees played the Toronto Blue Jays that evening.

Mark was kind enough to take a picture with the kids and gave a signed baseball bat to the club. Fittingly, he hit a home run that evening. Unfortunately, that hit contributed to the Yankees' victory over the Blue Jays.

He was the designated hitter that night., Apparently he had a hand or wrist injury. I told him if he ever had a foot problem (such as Heel Spur Pain, Plantar Fasciitis, Bunion or  painful  Ingrown Toenails , I would be happy to help him in my Toronto foot clinic.

In the photograph below, the two good looking guys are Mark and my 11-year-old son. I am the guy on the left. 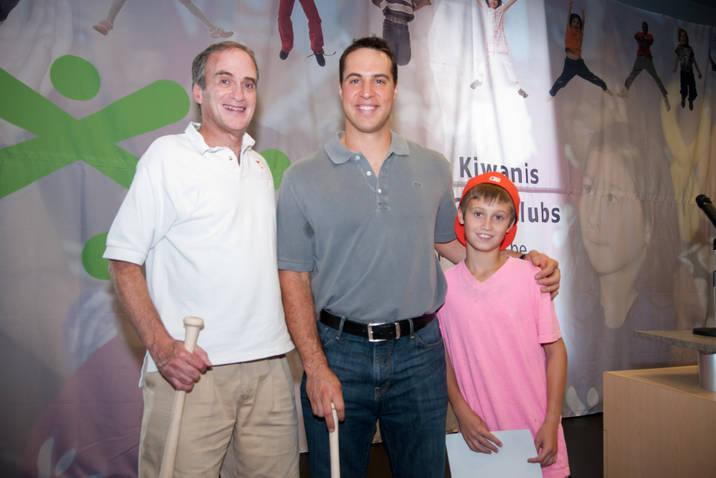